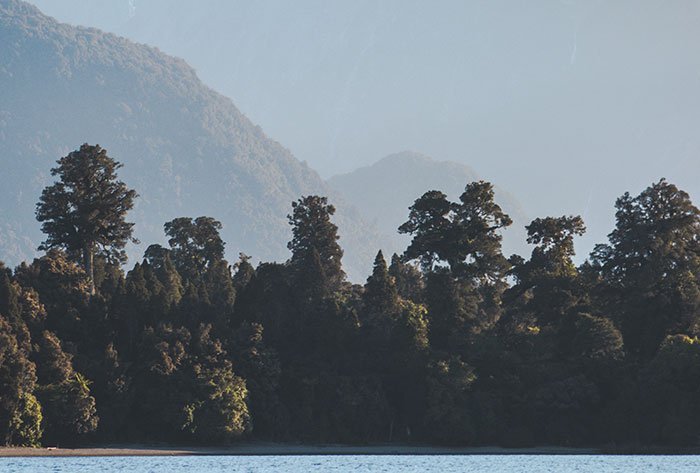 The Black Swans are permanent residents of Lake Mapourika and are common across NZ with a population of around 50,000 Currently it is breeding season and on our tours we are beginning to see the swans nesting the Cygnets are also beginning to swim around the lake.

When humans first settled in NZ the Black Swans were present. But When the Europeans arrived the Black Swan no longer existed in NZ, so it was reintroduced. Over a few years there was a sharp increase in the population and distribution throughout NZ, suggesting that a natural recolonization had occurred. The Black Swan is now widely scattered throughout New Zealand (including the Chatham Islands). They are found mainly on Lakes, Estuaries and larger constructed ponds. 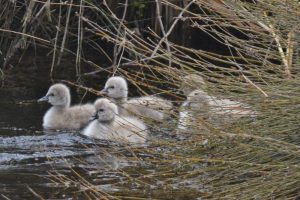 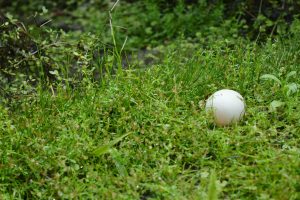 As suggested by its name the Black Swan is mostly black, with strong grey legs. They have a very distinctive bright red bill (with a white band) and red eyes. When their wings are spread the underside is white in colour- usually seen during flight. Both males and females look alike however the females are a lot smaller than the males. Young Swans are called Cygnets and are grey with a black bill.

With webbed feet, walking on land is slow and uncoordinated. In flight their wings create loud whistling noises. Black Swans primary call between mates and is often accompanied by head flicks. They hiss when feeling threatened or defending their young.

Our Kayak Tours are a great way to get up close to snap a great photo of the Black Swans and their Cygnets. There are also plenty of other native birds that live in the rain forest surrounding Lake Mapourika. 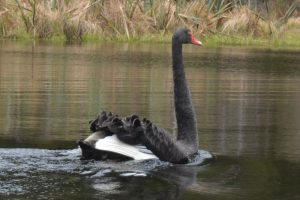