The weather is starting to cool of FINALLY and also the lake along with it, but that hasn’t managed to stop the fish from biting! 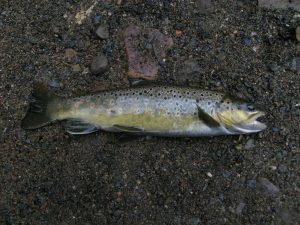 The colour pattern of brown trout varies with their habitat. Sea-run and lake fish tend to be silvery with brown and olive spots of varying intensity, whereas river-dwelling fish are darker with dark brown and red spots, the latter being surrounded by paler halos. These red spots are particularly prominent on small river fish. Brown trout seldom have any spots on their tails, a feature that distinguishes them from rainbow trout.

Brown trout are primarily a freshwater species, but can spend time in the sea. One specimen that was tagged near Christchurch was later recaptured in the Mataura River, while another tagged in the Wanganui River system turned up in Taranaki 125 days later. Spawning, which occurs in autumn and early winter, takes place in fresh water. Brown trout do not undertake extensive spawning migrations like some of the other salmonids, but some movement does occur, particularly for lake populations. Like all salmonids, the female digs a redd where the eggs are deposited.

Although the brown trout fishery does not receive as much publicity as that for rainbow trout, these fish are highly prized by anglers because they are considered much harder to catch. Specimens up to 14 kg in weight have been recorded in recent times, but a fish over 5 kg would cause any angler to smile.

Brown trout occur virtually everywhere in New Zealand south of Auckland. Populations in the northern North Island are limited because winter water temperatures are probably too warm for successful egg development. Although brown trout have spread to Fiordland, they have not become established on Chatham or Stewart Islands.

For your chance to come and catch one of these awesome sport fish book your charter today! 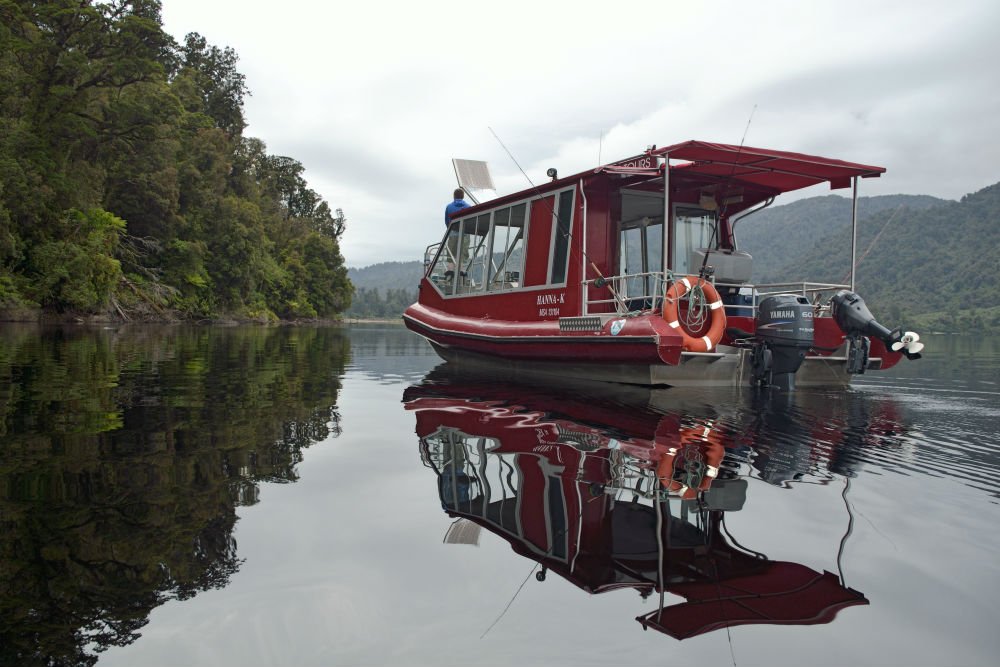