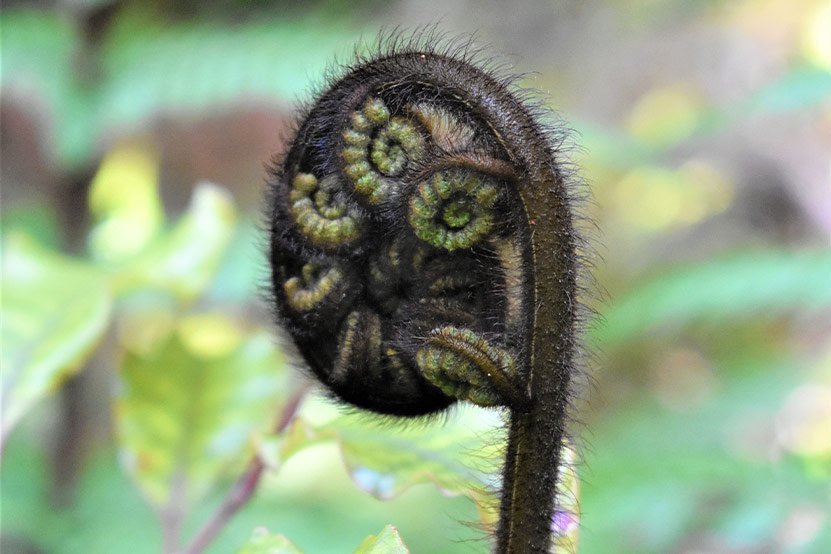 Ever been tricked into tasting a Horopito leaf? If so, than you know, that the true taste will catch you off guard after chewing it for a little bit. A spicy peppery taste almost numbing your tongue for a few seconds. But next to creating funny faces on people while they get the full taste, it has a lot to offer… 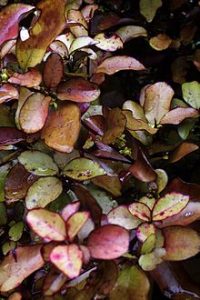 The pseudowintera colorata, commonly better known as Horopito, New Zealand peppertree or Winter’s bark, is an evergreen shrub or small tree (1-2,5 m). The species is endemic to New Zealand and mostly found in lowland forests up to higher montane forests rather in the Souths Island than the North. Especially within the podocarp (evergreen) forests of Westland you will encounter the Horopito that is part of the Winteraceae family, which members are to be found in South America, Australia, New Zealand and New Guinea – landmasses, that once made up the great southern continent of Gondwana. It can be easily detected by its yellowish-green leaves blotched with red. In spring time the new leaves being bright red it is also found in domestic gardens as a decorative plant.

The Horopito was among the first flowering plants, which can be seen in its primitive reproductive parts. Its flowers come directly off the older stems rather than from among the leaves and it lacks the specialist water conducting tubes, that are found in nearly all other flowering plants, which makes the Horopito a very slow growing plant. Fossil founds recorded its appearance for more than 65 million years.

As it is occurring mostly in high rainfall areas, it is often attacked by fungi, leading it to develop an efficient built in defense mechanism. So it comes that Horopito has a rich source of secondary metabolites that have an interesting range of biologically active properties. The main active constituent being the polygodial, that is one of the components of the “hot taste” in peppery spices. It is causing the pungency on the tongue already in very low concentrations.

Polygodial showing high antifungal, antibacterial, anti-inflammatory and antiallergic activity, it is recorded, that as far back as 1848, it was used widely for treatment of skin diseases such as ringworm, wounds, cuts, burns, painful bruises or for venereal diseases. These diseases were treated by using bruised leaves that have been steeped in water or chewed before application. It can stimulate the circulation when it is applied topically as well as if it is taken internally.

Especially infections due to Candida albicanis, a yeast that causes thrush, can be inhibited by poligodial, isolated from the horopito. Maori used to place the juice of the Horopito leaves straight in the mouth or they steeped the leaves in water to extract the juice to receive a decoction to treat the candidiasis (oral thrush).

But not just skin diseases could profit from the use of Horopito. The “Maori painkiller” (a decoction from the leaves), as it was called by the early European settlers, was used if they were suffering from diarrhea. Brewing up the leaves and drinking the tea helped to cure stomach pain. Fresh Horopito leaves were usually chewed for toothache, numbing the pain.

Traditionally already used by the Maori, Horopito found its way into the modern cuisine as well. Dried and grounded leaves sprinkled on top of your dish or used as seasoning while cooking will spice up your food in a delicious manner. 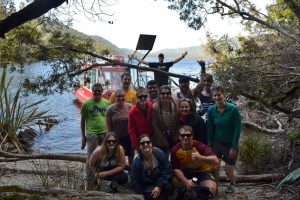 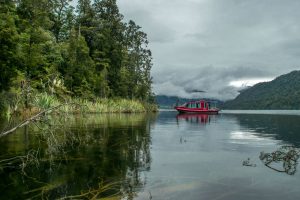 If you are intrigued to try the taste of Horopito yourself, come on a Cruise and Walk with us and we’ll happily introduce you to the spicy sensation.