Lake Mapourika is home to many species of birds, fish, insects and plants. Its easy to see those that live on dry land but what about those living beneath the mirrored lake surface.

The Longfin Eel, or Tuna Kuwharwharu, has been living in New Zealand for over 80 million years and are the largest freshwater eel in the world. Holding its place as the top predator in the food chain, Eels play a vital role for our maintaining balance to native biodiversity. 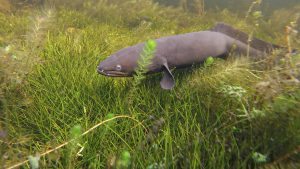 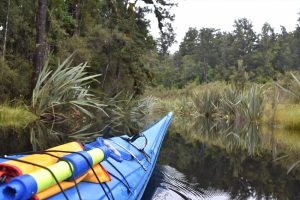 An Ancient Gift from the Gods

Throughout the ages Maori culture has held a special place for eels depicted in stories and  carvings.  There are numerous stories which tell origins of the Tuna.

In one tradition, Eels lived in the spring of the high heavens. As the water of the heavens dried up, the eels were forced down to live on Earth and take refuge in freshwater waterways.

Another story depicts Tuna, a giant eel, frightening the wives of Maui the Demigod. Maui decided as punishment to cut Tuna in half. One half landed in the ocean which then became the conger eel. The other half landed in a river and turned into the Longfin Eel.

The Longfin Eels is known as a Catadromous species. This means they live their adult lives in freshwater before migrating to deep ocean trenches off the coast of Tonga to reproduce. Eels only breed once in their life time, taking 20-30 years to reach maturity. After reproducing all adults die shortly afterwards.

The fertilized eggs then develop and drift back towards the New Zealand coast with the oceans currents and back to freshwater waterways.

Juvenile eels prey on insect larvae and worms. As they grow larger, fish and small birds are added to the menu.

Lake Mapourika provides the perfect habitat for eels with a plentiful food supply to grow large and live long.

The oldest eel recorded to date was 106 years old! 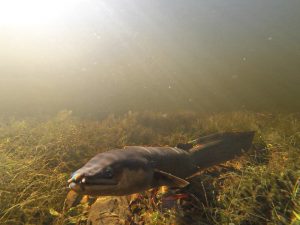 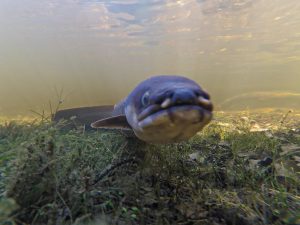 Like most species these days human influence threatens eel populations across New Zealand.

Building fish passageways around dams and culverts create safe routes to and from the ocean.  Thanks to legislation industries are no longer allowed to pollute waterways and sustainable fisheries limit over fishing.

Through maintaining healthy freshwater habitats like Lake Mapourika in the Tai Poutini National Park, we protect those native species that hold vital roles in both ecosystems and cultural traditions. 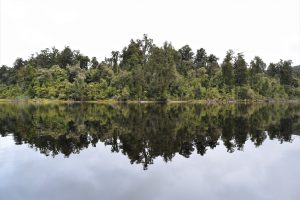 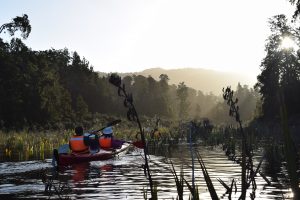 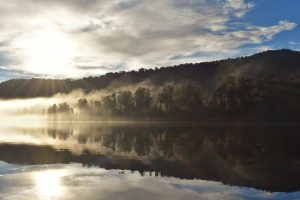 Join us for a kayak or SUP out on Lake Mapourika and meet the Longfin Eel face to face in the shallows.