We have seen plenty of bird life around on our rain forest walk out on Lake Mapourika these past few weeks. One bird in particular is the very friendly South Island Robin who loves the camera!

The South Island Robin is a sparrow-sized bird, only found in New Zealand. It has the status of a protected endemic species. The birds are sparsely distributed through the South Island and Stewart Island/Rakiura, although the distribution is not continuous. The species is closely related to the North Island robin and also to the extremely rare black robin of the Chatham Islands.

Robins have long legs and are recognized by their stance. Adult Male South Island Robins are mainly dark grey in colour, with a white chest and belly. 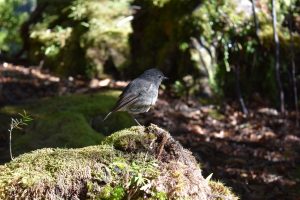 New Zealand Robins are relatively long-lived. Often with life-spans of up to 14 years. Its strongholds in the South Island are Marlborough, Nelson and the West Coast.

Join us on the Cruise and Walk to explore our Rain-forest Trail.  Alternatively you can book online their Kayak and Walk Tour. 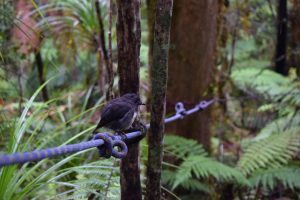 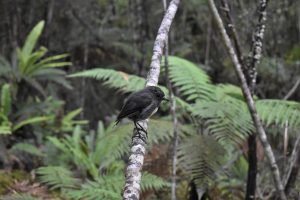