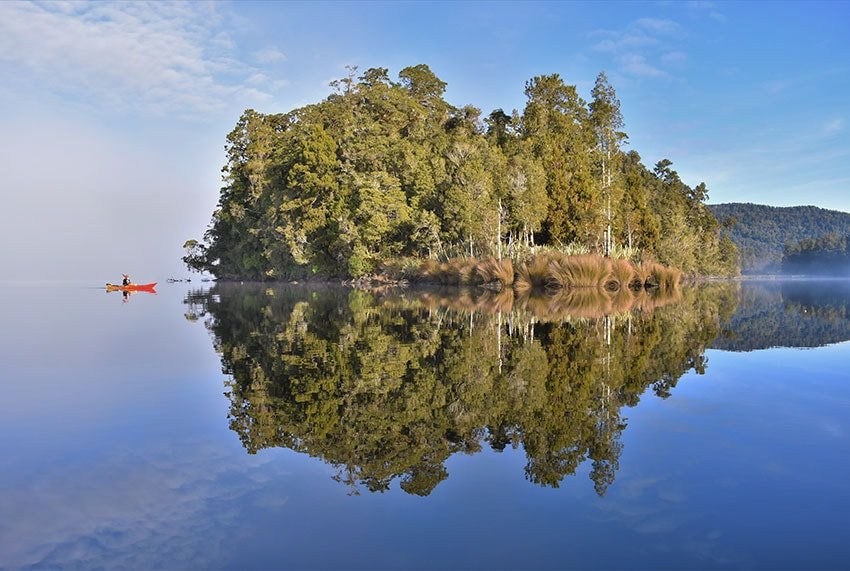 The Bellbird is often heard singing in the tree tops while out on our kayaking trips, but is rarely seen due to its camouflage green coloring which hides the bird perfectly in the foliage of the forest. 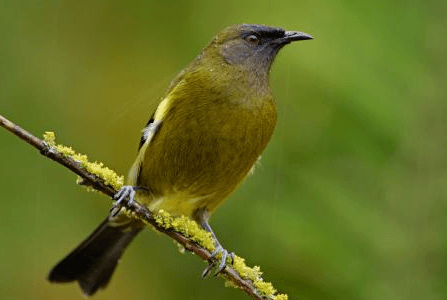 Here are some interesting facts about the Bellbird:

So come along and treat yourself to a kayak tour on the lake surrounded by a forest full of bellbirds! 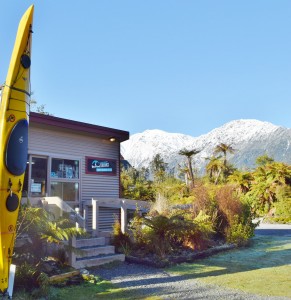 Here are some shots from some of our most recent trips, we’ve been treated to rainbows, fresh snow and sunshine all at once. Goodbye winter hello spring! 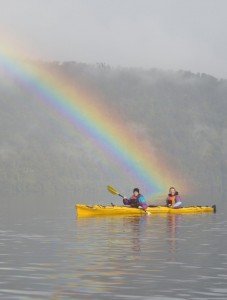 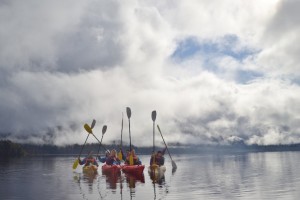 Bookings for the summer are starting to stack up quickly – be sure you book ahead if you’re heading over to the Coast!