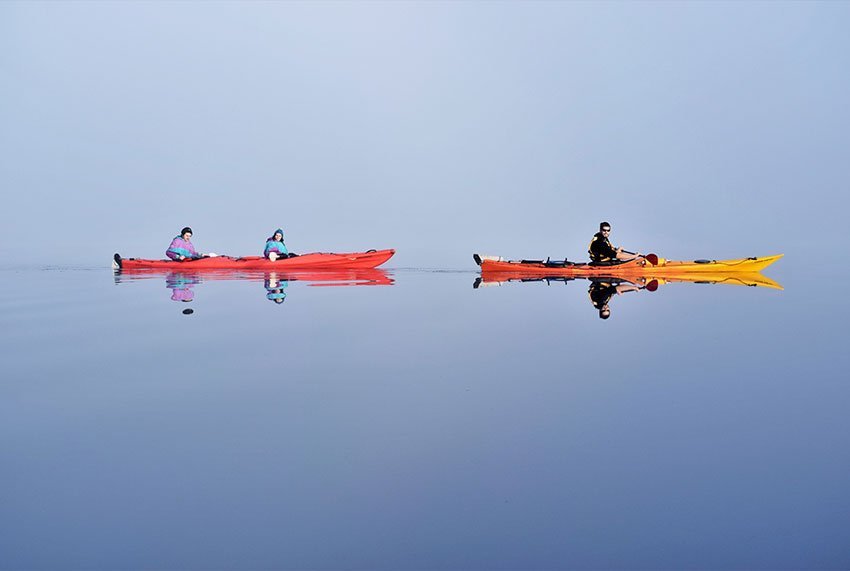 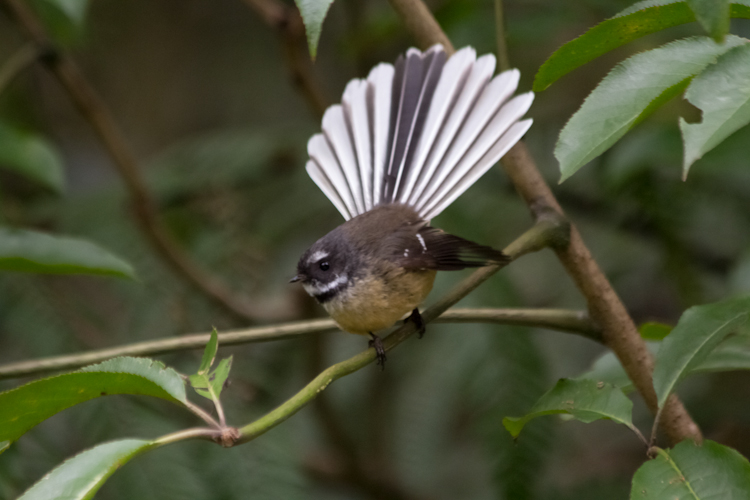 A common bird in New Zealand, which has adapted very easily to human alteration of it’s habitat.  This is one of the most common birds seen and heard on the West Coast.  They seem to have very little fear of humans, often popping out as if to say ‘Hello’ in the bush.  Read on to find out more about these friendly little birds, and see some stunning photos from our recent Kayak Trips.

One of the most distinguishing features of the fantail is it’s tail.  The bird itself is quite small, about 16 cm in length, of which about half of that is the tail!

In Māori mythology the fantail was responsible for the presence of death in the world. Maui, thinking he could eradicate death by successfully passing through the goddess of death, Hine-nui-te-po, tried to enter the goddess’s sleeping body through the pathway of birth.

The fantail, warned by Maui to be quiet, began laughing and woke Hine-nuite- po, who was so angry that she promptly killed Maui.

This legend has created great superstition around the Fantail …

It’s considered to mean death of someone close to you if a Fantail flies into your home!

But putting all the dark superstition aside, the fantail is a friendly, flirty bird that will keep you company out in the Rainforest on the Westcoast! 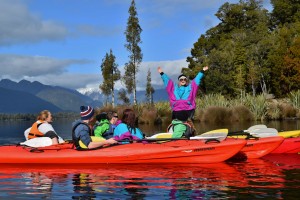 The photo above features a wonderful Contiki group we took out earlier this week, and also our brand new Mission Double Kayaks.  They look GREAT in the photos.

The weather’s been fine all week, and should continue through most of next week too.  Come out for a morning paddle to see some awesome reflections.  Here’s a pic I took on Friday morning as we approached the Okartito Kiwi Sanctuary: 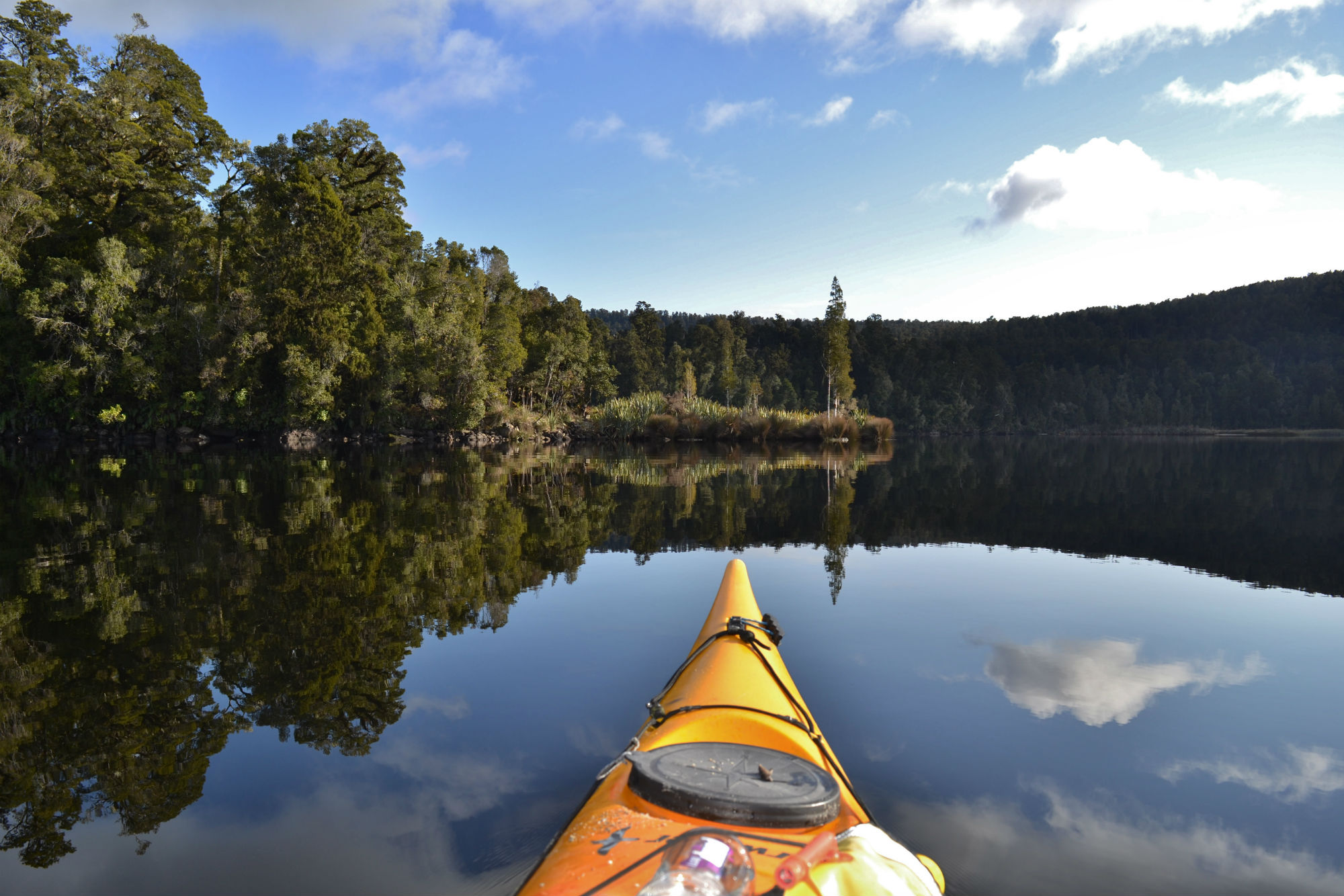 Thanks for reading, and catch you all next week!